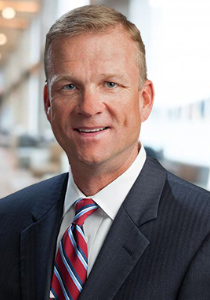 After graduating from The Ohio State University, Kent Scarrett began his career at the Ohio Statehouse in 1990 as a page in the Ohio Senate, later becoming Constituent Aide and then Legislative Aide first for state Senator Steven O. Williams, then for Majority Whip Senator Nancy Chiles-Dix. Kent left the Ohio Senate in 1996 to serve as a Legislative Liaison for Governor Voinovich before joining the OML in 1997. Before being appointed Executive Director in March 2016, Kent served as the League’s Director of Communication for six years. In addition to serving on PEP’s board, Kent focuses on advocating on behalf of the League’s nearly 740 members on issues related to state and local tax policy, local control and economic development strategies.