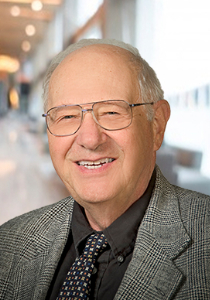 As a founding member of the PEP Board, Mr. Barfels served the PEP Board since its inception in 1987 and until recently, held the title of Chairman since 1995. In May 2020, Mr. Barfels stepped down as Chairman of the PEP Board of Directors. Mr. Barfels brings a wealth of expertise to the Board as he retired from the City of Moraine as of January of 2000, additionally he was the City Manager with Loveland, Forest Park and Piqua, Ohio as well as Downers Grove, Illinois. After retiring, he worked for a year as the Executive Director of the Warren County Municipal League and continues to do a variety of consulting projects.

Mr. Barfels has his BA from Central College in Pella, Iowa and his MA from Northern Illinois University in DeKalb, Illinois.  He and his wife Ann (who retired from Time-Warner in 2001) have continued their volunteer work through their church, the City of Mason Senior Center, the City of Loveland Parks Department and other community organizations. Since retiring, they have traveled to Europe and South America and have enjoyed time biking, hiking and golfing together.